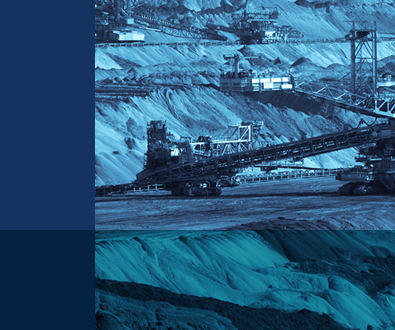 MESSAGE FROM THE CEO

In a Bloomberg research in 2013, Asia made up four of the top six emerging economies globally. China has plans to urbanize close to 100 million people by 20201. The OECD Development Centre has projected that ASEAN’s annual GDP will grow at an average of 5.4% per annum between 2014 and 20182.

All this points to a highly lucrative Asian growth story in the coming years, which presents us with a multitude of opportunities to tap on the region’s rising affluence, increasing urbanization and greater roles in the world economy.

The Middle East-African (MEA) region offers another exciting opportunity with huge potential for growth. The region’s main driver will continue to be oil production, which will have a spillover effect on related industries including increased demand for engineering services.

It was based on this bullish outlook that I stepped down from executive position of Deputy CEO of my family business Poh Tiong Choon Logistics (PTC) in 2010 to focus on Poh Group as an investment holding firm that is involved in diverse industries across developing and frontier markets.

We have identified two sectors, Resources and Engineering, that we strongly believe will do well and continue to see robust demand.

The global resource business has in recent years presented us with unprecedented opportunities to invest in undervalued assets that have sustainable and long term prospects of profitability and growth.

Key to our resource business is Mongolia, which was one of the fastest growing economies in the last five years representing an exciting investment opportunity with over USD$10 billion already committed for mining and infrastructure projects. Further, with new favourable government mandates to open the country up to Foreign Direct Investments (FDIs) to boost its economy, Mongolia is one of the few final frontier markets for investors to benefit from rapid growth.

Poh Group’s business presence in Mongolia, held through ASX listed Tian Poh Resources Limited (ASX:TPO), comprises a two mining licenses and nine mineral exploration concessions for copper, coking coal and gold right at the foot of China’s doorsteps. We believe that this strategic investment has great potential for growth because China is one of the world’s largest consumers of natural resources and it is increasingly recognizing Mongolia as a lower cost resource hub. Another piece of positive news for us is that there are plans underfoot to increase accessibility between our concession areas and the Chinese border.

Still within the resources segment, Poh Group has also invested in a Cambodian mining concession spanning 512 km2, approximately the size of Singapore, and we are very excited that initial tests have yielded very positive discovery of gold sediments which point to substantial gold deposits. Cambodia is another frontier market that has been moving in the right direction with economic growth steadily increasing over the past few years.

The second area of focus for us is in providing engineering services particularly in the MEA region.  There are over US$3 trillion3 worth of EPC contracts currently planned or under execution in the MEA region and together with our notable partners, we are competing aggressively for a larger slice of the pie. To date, we have completed US$430 million in EPC projects through a joint venture company with Wengfu Group, one of the largest Chinese state-owned companies in the world. In addition, the Group currently negotiating for a USD400m Anhydro Fluoride plant, a USD535m P2O5 secondary Recovery Plant and a US$1.8 billion 2,000MW power plant in partnership with Wengfu and several other China large State Owned Companies.

Mongolia and the MEA region will remain significant strategic locations for Poh Group but we will also continue to develop our interests in other frontier markets in Asia such as Bhutan, where we are a distributor of HP and Compaq products.

I believe we have established a strong foundation for a sustainable future and I look forward to sharing our achievements in the years ahead.